This is new kind of Solitaire puzzle game. Goal is to build best possible hands with cards (hands are familiar on poker games). Better hand gives more points. You play puzzle battles against real players and both players play exactly same deal so it’s fair to both players, winner is who has more of points in the end of battle. Game time is only three minutes on every battle, so you can play a battle even you don’t have a much time. Game is powered by Skillz. 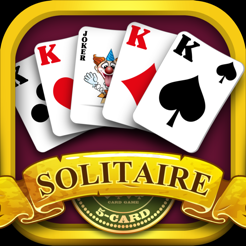